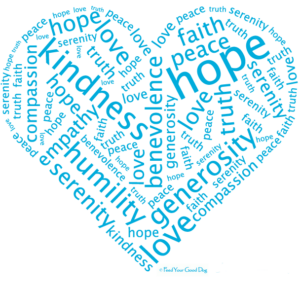 A truly time tested message about what Love is, and great reminder for us all.

Love is patient, love is kind. It does not envy, it does not boast, it is not proud.

It does not dishonor others, it is not self-seeking, it is not easily angered, it keeps no record of wrongs.

Love does not delight in evil but rejoices with the truth.

And, remember…Feed Your Good Dog so your good dog always wins! 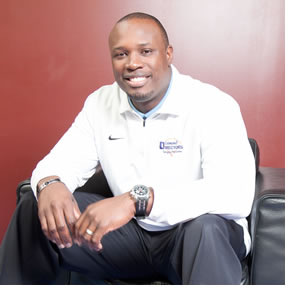 “I chose to surround myself with experiences that strengthened my self-esteem and self-respect.” CJ Stewart, co-founder of L.E.A.D. on how he was able to work his way out of the inner city of Atlanta instead of giving into perceptions, both self-imposed and societal, that define young black males there.

Read CJ’s blog post “Sir Isaac Newton’s First Law of Motion, or How to Affect Change” to understand his perspective on:

Thank Goodness It’s Feed Your Good Dog Friday (TGIFYGDF)!  And, thank goodness for organizations such as L.E.A.D. Through L.E.A.D., young black males from Atlanta’s inner city, have an opportunity, when they may not otherwise, to earn an education and commit to improving themselves and their communities.

To date, 100% of the young men who complete L.E.A.D.’s program graduate from high school, 95% enroll in college and 92% receive scholarship money to help pay for college.  Austin Evans is a L.E.A.D. Ambassador and an aspiring United States Senator. He is graduating from L.E.A.D.’s program this year and from Atlanta Public Schools’ New Schools at Carver. He is a POSSE Foundation Scholarship recipient and will be taking his talents to Texas A&M in the Fall. He is also a finalist for the Bill and Melinda Gates Millennium Foundation Scholarship.

Austin recently met with Georgia’s Governor Nathan Deal. He actually told Governor Deal that he wanted to become a U.S. Senator. Thank you Kelli Stewart for capturing that surreal moment.

Following is a conversation, young Evans had with his mentor and L.E.A.D.’s co-founder CJ Stewart after his meeting.

CJ: Is the Governor approachable?

A. Evans: The governor is a very approachable man and I felt very comfortable in his presence.

CJ: Describe the personality of the Governor?

A. Evans: His personality was professional and as the conversation continued he showed me a more welcoming side of him. He’s a very nice man.

A. Evans: He gave a respectable firm handshake while looking me in the eyes.

CJ: Can the Governor connect with teenage black males? Describe.

A. Evans: The governor can connect with black males if he reaches out to them in way that makes them comfortable. Black males feel as though the government doesn’t exist to help them. That barrier must be removed before we can truly connect.

CJ: What surprised you the most about the Governor?

A. Evans: The most surprising thing was that he remembered my grandfather extremely well and had the utmost respect for him. My grandfather shined Governor Deal’s shoes in Gainesville long before he became the Governor of Georgia.

CJ: If you had the power, influence and the leadership of the Governor, what three problems would you solve first in Georgia?

A. Evans: First I would change the disparities in the educational system. Second, I would close the tremendous wealth gap. Third, I would promote more unity and competition because through competition greatness happens.

A. Evans: In 2040, I plan on being a U.S. Senator representing and empowering Georgia.

You can read more about the good things coming out of L.E.A.D. at its blog here. 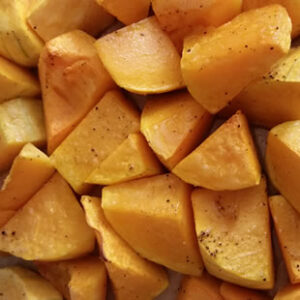 I had a taste for butternut squash this past week. Kroger had a nice selection, so I bought one. When I had a minute, I googled “butternut squash” for a new recipe and found Martha Stewart’s Chickpea and Butternut Squash Stew. It popped up in the google search and piqued my interest – mostly because it calls for savory Moroccan seasonings.

When it was time to make the stew, I got to work and peeled the butternut squash, cut it into irregular shaped pieces, drizzled it with olive oil, and sprinkled it with sea salt and pepper to taste. The prepped squash roasted in a 350 degree pre-heated oven for the next 40 minutes or so, and came out beautifully!

While the squash was roasting, I made the Harissa and chopped the onions, garlic, parsley stems and leaves, and carrots. Instead of cooking my own chickpeas from dried beans, which Martha Stewart recommends, I used canned chickpeas and just made sure I drained the liquid and rinsed them well. Then I combined and cooked the ingredients according to directions and my husband and I enjoyed the stew at dinner with a side salad. It was delicious and had the Moroccan flavor we anticipated.

This hearty Butternut Squash and Chickpea Stew requires quite a bit of chopping and prep. You can, however, break up the prep into smaller steps over a day or two, if your time is limited. For instance, all of the ingredients can be chopped one day and combined the next. However you do it, it is well worth the effort!

Martha Stewart’s Chickpea and Butternut Squash Stew Recipe is a keeper and I will definitely make it again!

Put the “memorial back in Memorial Day” 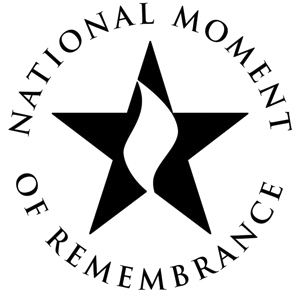 At 3 p.m. local time this Memorial Day pause wherever you are for a minute of silence to remember and honor America’s fallen heroes and their families who gave the ultimate sacrifice in service to the United States so we can continue to live in freedom, and with so much opportunity. Simply, pause in silence, or place your hand over your heart, or even bow your head to offer a prayer to live a meaningful life in honor of those who gave their lives for our freedom.

In 1996, Carmella LaSpada, founder and director of No Greater Love, asked a group of school children on tour of the Nation’s Capital what Memorial Day meant to them. They responded with “That’s the day the pool opens.” That response moved LaSpada to set the wheels in motion for the first Proud to Remember campaign, which had events that started the Tuesday before, and wrapped up the day of, Memorial Day, May 26, 1997.

Three years later, Senator Chuck Hagel at LaSpada’s request asked Congress to officially establish the National Moment of Remembrance to ensure that the sacrifices of those who died in service to our nation and their families are remembered. In December 2000, the National Moment of Remembrance Act was passed by the U.S. Congress and signed into law by the president. It encourages all Americans to pause wherever they are at 3 p.m. local time on Memorial Day for a minute of silence to remember and honor those who have died in service to the nation.

Major League Baseball has been a supporter of this initiative beginning with the Proud to Remember campaign, and will join the National Moment of Remembrance this Memorial Day, where all 15 games will be paused for a moment of silence around 3 p.m. local time.

Carmella LaSpada’s sentiment still rings true when she said, “It’s a way we can all help put the memorial back in Memorial Day.

Happy and Healthy…Start Walking or Running and Get On Track!

We all want to live happy, healthy lives (or so I hope). One way to get on track is to begin walking or running daily. Whether your goals are weight-loss, toning, or just to clear the cob webs from your head, walking or running can help you reach your objectives. Through my experience as a long-time runner and veteran of the 10K Atlanta Peachtree Road Race, I’ve come to identify a couple tips and resources that will definitely keep you on track.

Remember to always check with your doctor before starting any exercise program, and also remember to stay hydrated! In addition, you can check out our February 25th TGIFYGDF post for the CDC’s article on Healthy and Nutritional Tips.

Be good to yourself…
And, remember…Feed Your Good Dog, so your good dog always wins!